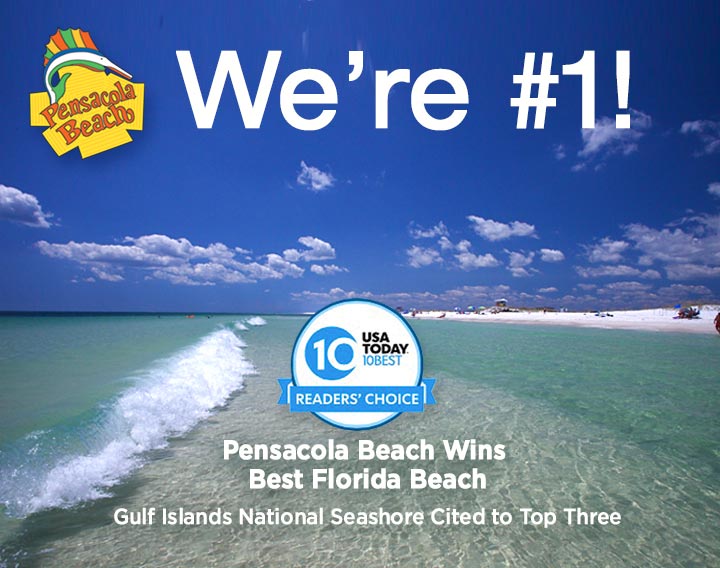 Pensacola Beach just added another prestigious award to a long list of accolades. The Santa Rosa Island Authority is pleased to announce that Pensacola Beach has won the title of Best Florida Beach in 2018 in a USA Today10Best Readers’ Choice poll.

Online votes from the public determined the outcome of the award.Pensacola Beach boasted not one, but two nominations for the contest, with the Gulf Islands National Seashore coming in third place.

“From the minute you hear our sugar-white sand sing under the soles of your feet, you realize you’ve stepped onto a beach paradise unlike any other along the Gulf Coast,” Paolo Ghio, executive director of the Santa Rosa Island Authority. “Pensacola Beach has a special charm and beauty all its own, and it’s great to have USA Todayconfirm what locals and past visitors already know.”

Last month, a panel of experts partnered with 10Best editors to pick the initial 20 Best Florida Beach nominees, and then it was up to the public to vote for the winners. The public was encouraged to vote daily until the campaign ended on Monday, April 2.

“The response from our visitors and locals has been amazing and truly shows the pride we have in our nationally-acclaimed and unparalleled beach,” said Ghio.