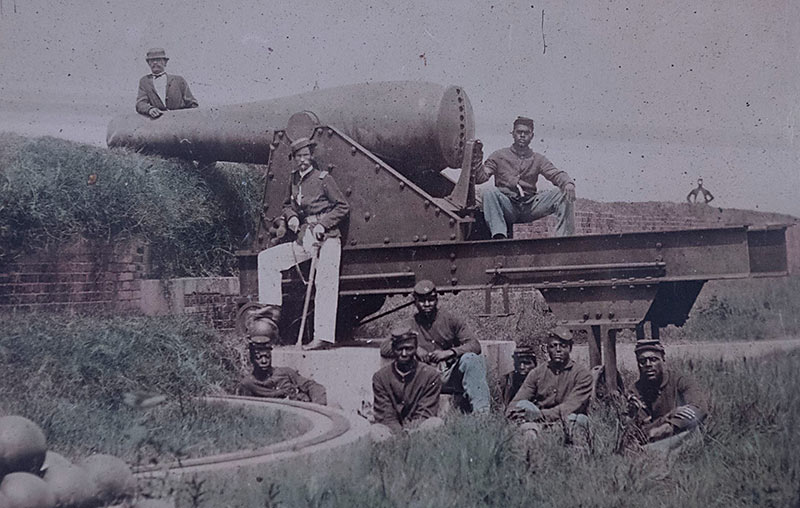 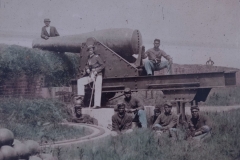 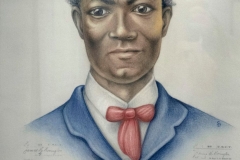 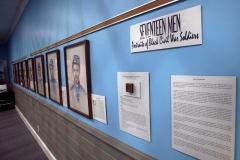 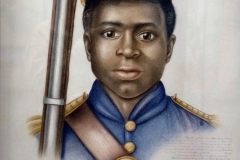 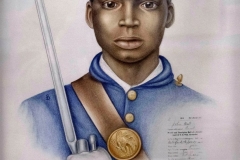 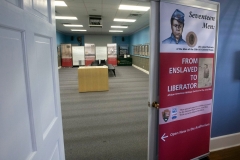 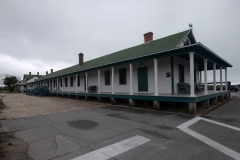 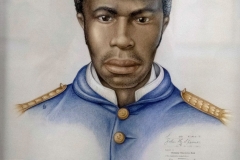 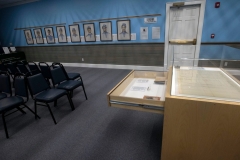 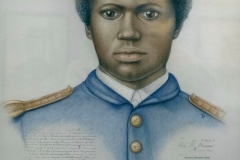 Seventeen African American soldiers who were integral to the mission of the U.S. Army during the American Civil War are the focus of a special exhibit currently on display at Fort Pickens through May.

The United States Colored Troops (USCT) were segregated units of black men, led by white officers. USCT units were formed after the Emancipation Proclamation in 1863 officially authorized African Americans to serve in the US Army. Nearly 180,000 black soldiers served during the Civil War.

This temporary exhibit – created by artist Shayne Davidson – features life-sized, colored-pencil portraits of 17 members from the 25th regiment USCT, Company G, who served in the Pensacola Bay Area during and immediately after the Civil War.

Each soldier’s portrait was based on a locket-sized photo that the 25th regiment’s commanding officer, Capt. William Augustus Prickitt, chose to keep in a tiny album after the war. Clearly, he held these 17 black soldiers in high esteem. The tiny photo album, measuring 2” x 1 13/16” x 7/8”, contained the silver print of each soldier with their names in careful script. Today the album is housed at the Smithsonian National Museum of African American History and Culture.

Aneita Gates, the great granddaughter of Capt. Prickett, initially shared the album with artist Shayne Davidson. Then over a six-month period, Davidson created the impressive portraits, researched the names attached to them and built biographies on each of the soldiers based on her findings.

“The men in the album bravely participated in a pivotal event in our nation’s history,” Davidson said in a news release. “It was a privilege for me to research their lives and create their portraits.”

Those visiting the exhibit can view the soldiers’ portrait, learning about each of them as you go, and then discover how the 25th regiment played a role in local history during their station at Forts Barrancas and Pickens from May of 1854 to December of 1865.

In addition to the portraits, original artifacts from the USCT also are on display at the exhibit. An 1864 Fort Barrancas Muster Roll lists each of the 17 men in the portraits as well as the other men of the company. Other display items include a harmonica fragment, a book owned by a member of the 25th USCT, a recruitment song sheet, and more.

“We are proud to host these incredible works of art and artifacts which connect the stories of these brave men to the areas preserved by the national seashore,” said Superintendent Dan Brown with the National Park Service in a press release. The timing of the exhibit is especially timely as the nation recognizes 400 years of African American history.

“Seventeen Men” is open daily from 9 a.m. to 4:30 p.m. through May 15, 2020 at the Fort Pickens Discovery Center, just a short walk from the historic masonry fort. The center features exhibits on the natural and cultural history of Santa Rosa Island and the defenses built on the island over the centuries.