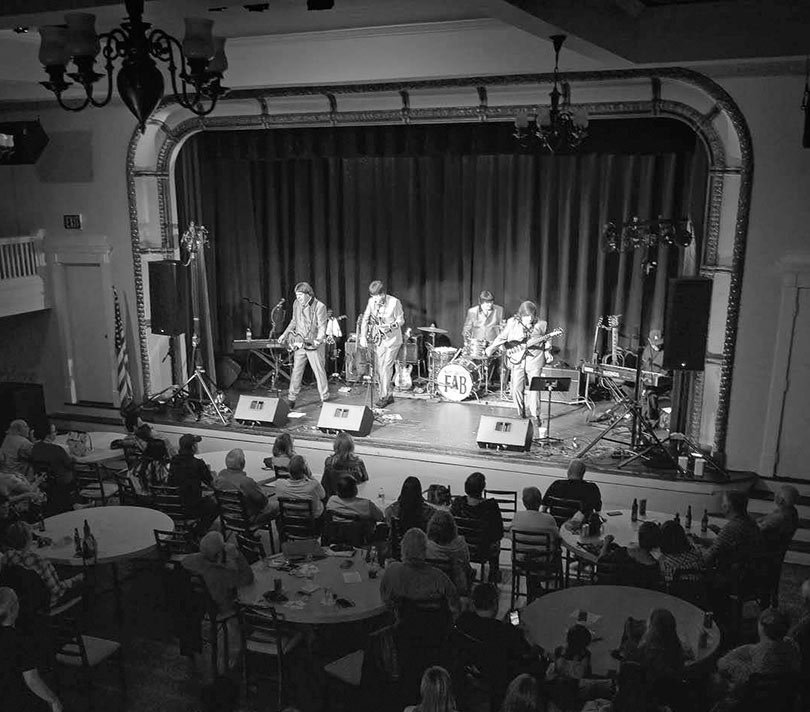 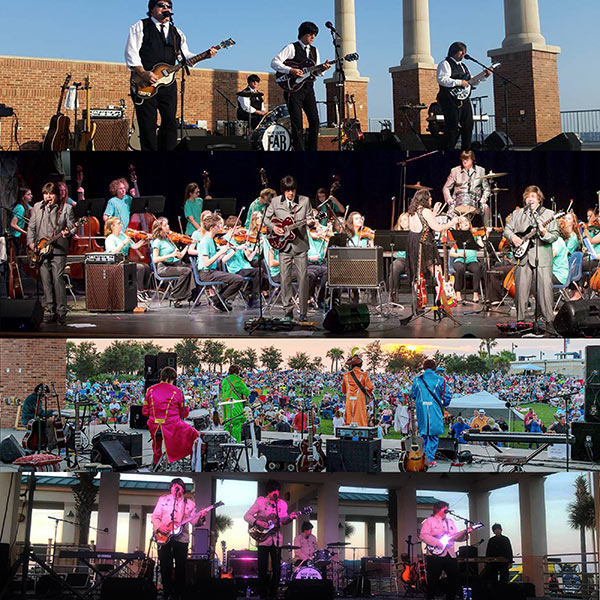 2022 is the 21st year of the Not Quite Fab, Beatles Show. Thank you to the Gulf Coast for making us your “favorite live Beatles performance show.” The Beatles performed live shows in America from 1964 to 1966. Three years, that’s all! Not Quite Fab brings that experience and excitement to thousands of people who have never seen them, live before. From 1962-1970, Beatlemania to the summer of love, the songs of the Beatles changed the face of music and are still loved today. “Everyone knows every song” that’s the kind of entertainment people want at their event. “Not Quite Fab” NW Florida’s only Beatles Tribute Band. Book us for your next event and your patrons and guests will be talking about it for years.

We do the whole Beatles experience, wigs, Beatles suits and boots, Shea Stadium Jackets, Sgt. Pepper suits, Liverpool accents and the same model guitars and amps the Beatles used. Many shows are two part, early and later Beatles music with a costume change. Visual as well as musical it provides people the opportunity to experience what a Beatles show may have been like. (Without all the screaming teenagers drowning out the sound).

“Not Quite Fab” is Dickie Williams (Gulf Breeze) as Paul McCartney, Glen Vignolo (Pensacola) as John Lennon, Jim DeStafney (Pensacola) as George Harrison, and Jeff Fitzpatrick (Niceville) as Ringo Starr. Every age group from children to retirees loves the Beatles music and sings along and dances to nearly every song. Perfect entertainment for any event or age group. The real show is the full experience, sounds like- looks like- feels like the Beatles. Contact me to today for your next event.