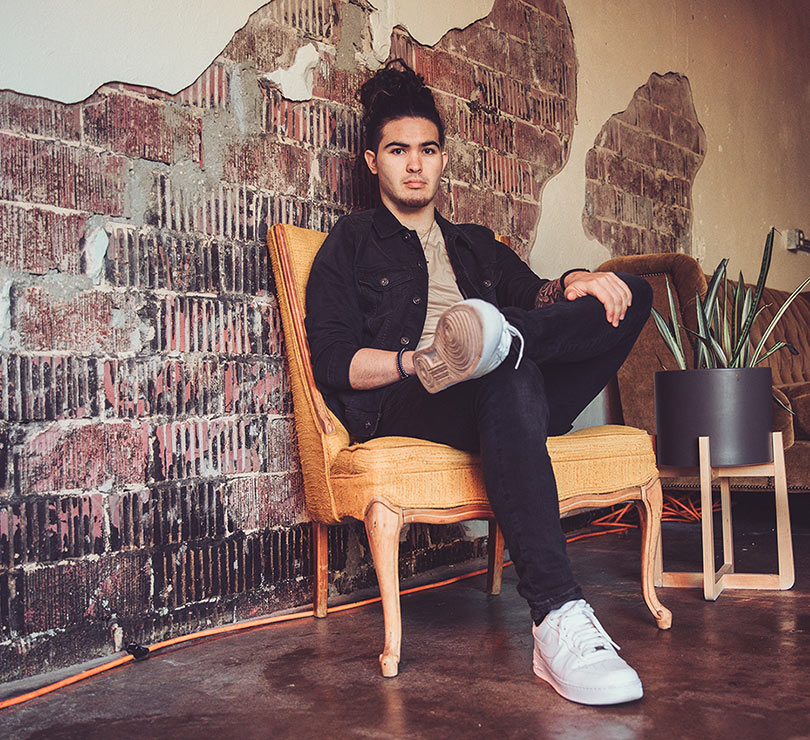 Up and coming blues and soul singer Jordan Chase was born in Pensacola Florida on April 5th 2000. He has lived on the Gulf Coast most of his life. At the age of 3 Jordan moved, with his family, to New Orleans where his father went to Seminary and served as a Pastor. Jordan lived in New Orleans for several years and grew to love the sights and sounds of that great city. Places like New Orleans and Atlanta are the colorful and cultural backdrop for Jordan’s musical inspiration. His musical style can best be described as soulful, R&B with a Gospel Blues sound. Jordan is a diverse singer/songwriter who is passionately influenced by artists such as Marc Broussard, Ray Charles, Teddy Swims, Calvin Richardson and many great Gospel artists.

Jordan’s musical journey has taken him on many great adventures. From being on the hit TV show NBC’s “The Voice” to opening for head lining bands at regional festivals to booking local gigs performing in front of his hometown crowd. He is thankful for the journey thus far but is eager to grow even more as an artist. From singing in a car outside a Winn Dixie grocery store to performing for the first time before four celebrity judges, Jordan’s story is one of overcoming fear with brave steps. Jordan is continuing his music career with just as much fire and determination. He is currently working on his first record with a Grammy award winning team from Nashville. Jordan’s first project is sure to be a classy hit and he is looking forward to sharing it with the world!